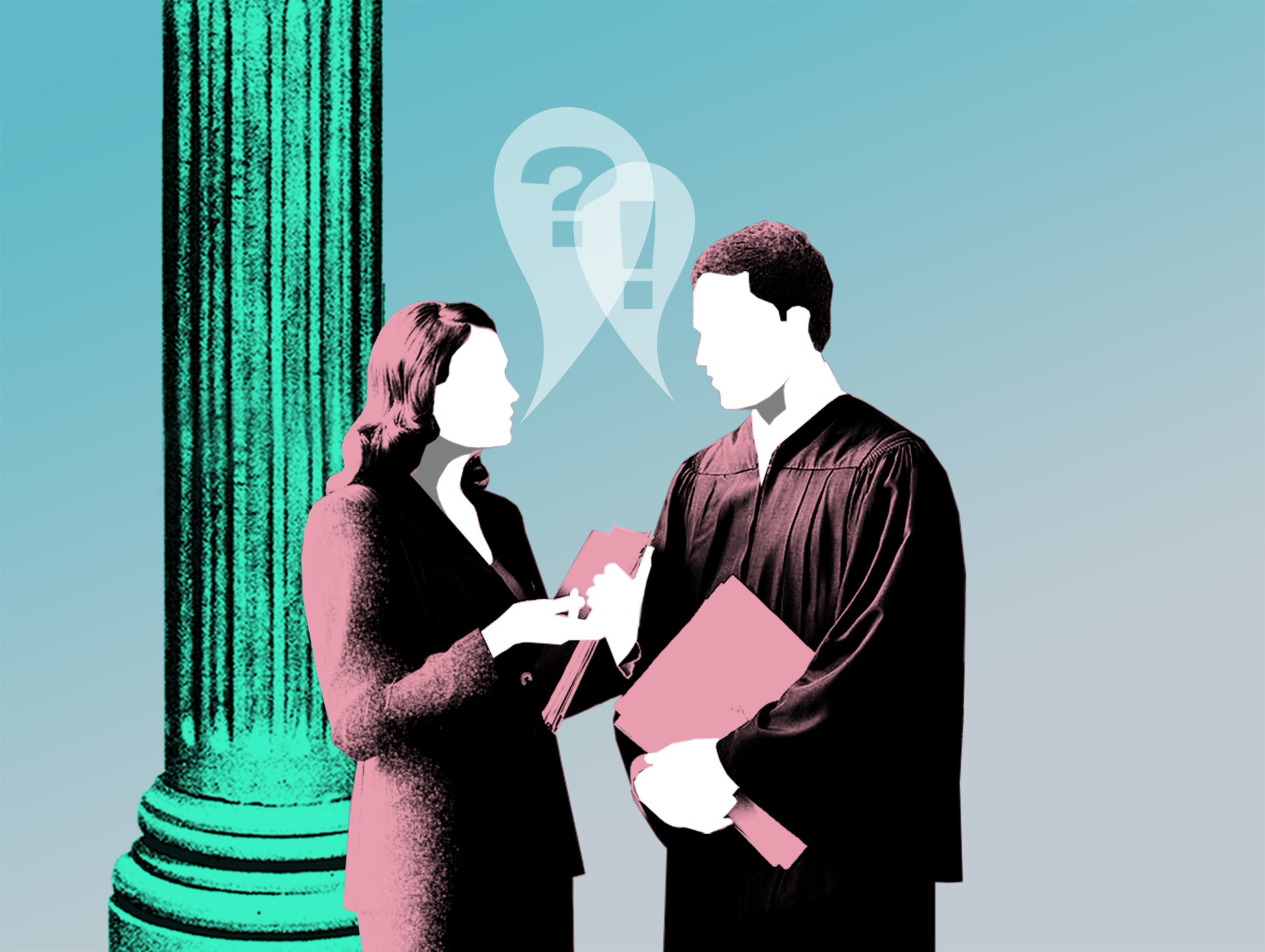 An Italian lawyer announces in an entertainment programme on the radio that he would neither hire homosexual applicants in his office nor would he work with them.

The lawyer subsequently became the subject of a successful claim for damages for discriminatory statements by an Italian association of lawyers providing legal assistance to lesbians, gays, bisexuals, transgender and intersexuals (LGBTI) in court.The lawyer in question challenged this decision until his case was ultimately heard by the ECJ for a preliminary ruling.

In particular, the ECJ had to evaluate whether the lawyer’s statements, given the circumstances in which they were made, fall within the material scope of the Anti-discrimination Directive (Directive 2000/78/EC).According to Art. 3 of the Directive, the Directive shall apply to all persons in the public and private sectors with relations to “the conditions for access to employment […]”.

Can a (presumed) private expressed opinion in the context of an entertainment programme at a time when neither new employees were actively sought nor a recruitment procedure was planned in the near future constitute discrimination against potential applicants and thus make ‘access to employment’ more difficult?

The ECJ has answered this question in the affirmative and has provided the national courts with various criteria for examination in individual cases:

Position of the originator

The statements made must relate to the conditions of access to employment with the employer concerned and must indicate the employer’s intention to discriminate within the scope of the anti-discrimination directive.

Context of the statement

Finally, the context in which the statements in question were made must be taken into account (private or public? Distribution via traditional media or social networks? etc.).

In the opinion of the ECJ, the mere fact that the lawyer did not carry out an application procedure at the time of the statements or that such a procedure was in the process of being carried out does not exclude discrimination.The deterrent effect for potential applicants to apply for a job is nevertheless a reality and is contrary to the objective of the anti-discrimination directive, which is to provide effective protection against discrimination against any person on grounds of, inter alia, sexual orientation.The protective purpose of the Directive would be undermined if discriminatory statements were not covered by the Directive solely because the person making the statement invoked his freedom of speech or because his statements were made in the context of a radio entertainment programme.

In the present case, it is now for the referring Italian court to assess whether the circumstances of the homophobic statements at issue show that the link between the statements and the conditions for access to employment in his law firm is not merely ‘hypothetical’ and that the criteria laid down by the Court of Justice are fulfilled.

The criteria established by the ECJ have to be considered by German courts as well.With this decision, the ECJ remains true to its previous jurisdiction.The ECJ already ruled in 2008 (judgment of 10 July 2008 – C-54/07) that public statements by the director of a Belgian firm that his company wanted to employ fitters in principle but could not employ workers of foreign origin because customers were concerned about giving them access to their private homes for the duration of the work was contrary to the anti-discrimination directive. In 2013 (judgment of 25 April 2013 – C-81/12 ), the ECJ also clarified that public statements by the manager of a football club, excluding the recruitment of a professional football player considered to be homosexual, may create the appearance of a discriminatory recruitment policy.

According to the German provisions implementing the protection against discrimination in the AGG, public statements of an employer with discriminatory content do not yet justify a claim for damages or compensation.This is due to the fact that one is only considered an employee in the sense of the AGG when one is an applicant (receipt of the application by the employer). The Federal Labour Court evaluates the discriminatory statement as an indication of a discriminatory assessment in the application process in accordance with the ECJ’s ruling.In the event of an unsuccessful application, applicants who, as characteristic carriers, were affected by the respective statement can claim damages and compensation under the AGG.It is then up to the employer to refute the assumption of a discriminatory decision in the selection of applicants (conceivably by providing evidence of the recruitment of a characteristic carrier). The current decision makes it clear once again that the characteristics mentioned in the AGG should not play a role for the employer in the selection of his employees unless there is an objective justification for this.Public statements by employers or their representatives on certain characteristics of employees continue to be difficult to reconcile with the requirements for protection against discrimination.In order to avoid legal problems, it is advisable from an employer’s point of view – even if it is meant positively in the sense of anti-discrimination protection – to follow the principle “A shut mouth catches no flies!” This applies not only with regard to the sexual orientation of employees, but also with respect to age, gender, ethnic origin and religion and belief, etc.