We are all shocked to see the current developments in Ukraine. Employers in Germany with employees in Ukraine are also unsure how to act in light of the Russian attack on Ukraine. After the exclusion of some Russian banks from the SWIFT system, many German companies are also faced with the problem that they can no longer transfer salaries to their employees working in Russia like before.

In this post, we intend to provide employers with guidance on how employers in Germany can support their employees working in Ukraine and on their duty of care towards them. After all, this post is meant to show employers their options with respect to the next salary payments to their Russian employees as long as Russian banks are excluded from the SWIFT system.

The Employer’s duty of care

On the basis of the obligation to take account of the rights, legal interests and other interests of the other party under the employment contract pursuant to section 241 (2) BGB (German Civil Code), the employer is already obligated to ensure that interests of its employees are not harmed. This also includes the responsibility for the life and limb of its employees. This obligation of the employer also applies pursuant to the provisions of private international law in the case of foreign assignment of staff employed in Germany. Art. 8 of ROM-I-VO (Rome I Regulation) provides that – unless the parties to the employment contract have made a choice of law in the employment contract – the employment relationship is governed by the law of the state in which the employee usually carries out his/her work. In most of the cases, this assessment is likely to be in favour of German law.

Irrespective of this, it is appropriate that employers support their employees from or in Ukraine at the moment. The immediate call-back of employees from crisis regions or, as far as possible, the allocation of a risk-free workplace in other countries are the most common options.

In addition, employers should find a solution on how to properly handle employment relationships with Russian employees in the near future, as long as the exclusion of some Russian banks from the SWIFT system makes it difficult to transfer salaries.

Due to the general mobilisation in Ukraine, which stipulates that all (male) conscripts and reservists will be called up for military service, Ukrainian nationals living and working in Germany are also increasingly receiving a request to fulfil their compulsory military service in Ukraine. Here, employers should issue certificates to their Ukrainian employees stating that they urgently need their labour in Germany. It is possible that the Ukrainian authorities will accept such a certificate as an important reason to release the Ukrainian employees from military conscription.

Business trips and secondments to Ukraine

Since, in the case of business trips and secondments, employees are in Ukraine at the express instigation of their employer, the employer must bear the costs of the return journey. In view of the expected fuel shortage, one possibility would be to join forces with other companies that employ staff in Ukraine in order to transport as many employees as possible with as few cars as possible. In addition, many companies in the transport sector have meanwhile promised their support and provide, for example, return travel options by car, train or bus. If employees have given up their homes in Germany for longer assignments, employers can offer unbureaucratic help, for example, through employer loans or by covering the costs of hotel accommodation.

German citizens are urged by the German government to leave Ukraine. The respective German missions are on standby at the border to assist there. We assume that other EU member states have also urged their nationals to leave Ukraine.

Nevertheless, employers who employ German or EU citizens in Ukraine should again explicitly request them to leave Ukraine immediately. It is also advisable to appoint a contact person in the company who is available to answer questions from employees who are currently still in Ukraine (and who can coordinate the joint return journey of several employees if necessary, for example by using the travel options offered by European companies). Employees with EU citizenship can continue to work for the employer in Germany without having to comply with any particularities from the point of view of residence law.

Although the employer’s duty of care arising from German labour law does not apply directly to employment relationships that have no connection to Germany, there is the possibility for companies in Germany to support their employees from third countries (especially Ukraine itself) who are only working in Ukraine by offering them to come to Germany temporarily. If necessary, employers could also agree to support the employees here at short notice, for example by coordinating the departure or by paying for accommodation costs. To support employees financially as well, employers can also offer to pay advances on salaries, for example.

However, the rules regarding residence law must be observed in this context:

In principle, third-country nationals require a residence permit to enter Germany. However, as the German embassies in Ukraine are currently closed, it is not possible to apply for a residence permit. However, the officials positioned at the borders by the German missions should be able to accept visa applications from third-country nationals and process them easily and fast. However, this is subject to the condition that all documents required for the visa are submitted.

Certain nationals are privileged under the Residence Act and can enter Germany visa-free for a period of 90 days within 180 days. Ukrainian citizens are also privileged with regard to entry into Germany, but they must have a biometric passport. Since many Ukrainian citizens do not possess such a biometric passport, it is however possible that the border guards will overlook this or that the obligation to possess a biometric passport will be suspended. In addition, Germany has meanwhile declared that it will exceptionally not allocate responsibility with regard to visa applications for long-term residence for third-country nationals residing in Ukraine. Third-country nationals residing in Ukraine can therefore exceptionally apply for a visa for Germany at the diplomatic missions in neighbouring countries of Ukraine (addresses and contacts of the diplomatic missions can be found here: https://www.auswaertiges-amt.de/de/service/-/2513190). The same applies to Ukrainian citizens who do not have a biometric passport. In addition, they can currently only enter Germany by land, which means that the decision on entry into the EU area is not made by the German Federal Police and there is no passport control at the border to Germany. However, if they plan to work in Germany, third-country nationals should apply for a (national) visa for Germany at a German diplomatic mission preferably outside Germany after leaving Ukraine. When leaving Ukraine, however, it should also be noted that male citizens between the ages of 18 and 60 are no longer allowed to leave Ukraine, as they have to be ready for military service.

In exceptional cases, the immigration authority may extend the 90-day period by a further 90 days for certain nationals in accordance with section 40 AufenthV (Ordinance of Residence). If, due to persistent security risks in Ukraine, it is not possible to return after the 90-day period, third-country nationals should contact the competent immigration authority in good time. It can be assumed that even nationals who are not privileged within the meaning of Section 40 AufenthV will then be able to stay in Germany for longer than 90 days.

For German companies, however, it should be noted that even in the case of visa-free entry, gainful employment in Germany is generally not permitted. Only in the case that the employee is to work in Germany as a manager, member of a governing body or otherwise as an employee who performs a qualified occupation and has special, above all company-specific, knowledge for this purpose, a residence permit for gainful employment purposes is not required for a period of 90 days within 180 days (section 30 no. 1 in conjunction with section 3 BeschV (Employment Regulation)). However, German companies should carefully check whether such an exception applies, as otherwise the activity constitutes illegal employment of foreigners with possible criminal consequences for the company as well as the management. Furthermore, it is generally not possible to apply for a residence permit for gainful employment purposes after entering Germany without a visa, except for nationals of Australia, Israel, Japan, Canada, the Republic of Korea, New Zealand, the United Kingdom and the USA.

In addition, employers can consider supporting Ukrainian employees who entered Germany without a residence permit in filing an asylum application.

Employment via Employer of Records (EOR)

Specifics regarding the Corona pandemic

It is currently only possible to leave Ukraine by land, as the airspace is temporarily closed. Therefore, when leaving Ukraine, employees may have to follow the Corona entry requirements of the neighbouring countries through which they are arriving in Germany.

Due to the exclusion of some Russian banks from the SWIFT system, employers are now sometimes faced with the problem of having to find other ways to transfer salaries to their employees in Russia. A short-term solution is to use the telex system (which is less secure) that was used before the SWIFT system was created, or to send money by fax. In addition, the Russian central bank has created its own system in the past as a counterpart to the SWIFT system, the SPFS system, which some European banks have also joined. It can be assumed that the SPFS system will become more popular in Russia in the coming weeks and months.

However, in order not to circumvent the sanctioning of Russia associated with the SWIFT exclusion, German companies should think about relocating their employees in Russia to Germany in the medium term, for example temporarily as part of a secondment from Russia to Germany. However, this requires that the employees obtain a national visa from the German embassy in Russia to enter Germany. 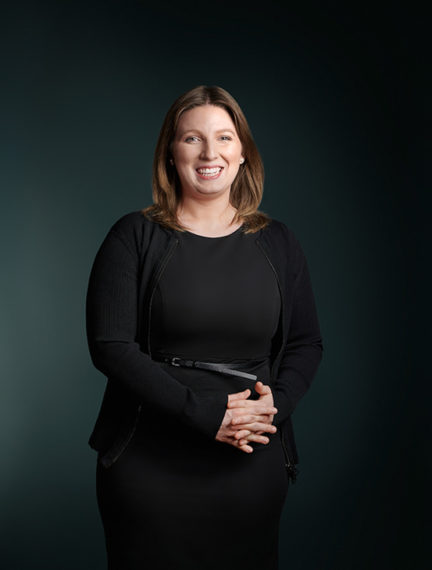 Teresa Gabele specializes in drafting employment contracts and termination agreements as well as in service contract law for executives.

Who pays the employees returning from a risk area as long as they cannot work?

News from the data protection: Data transfer to the US – Effects of the European Court of Justice’s Schrems II ruling